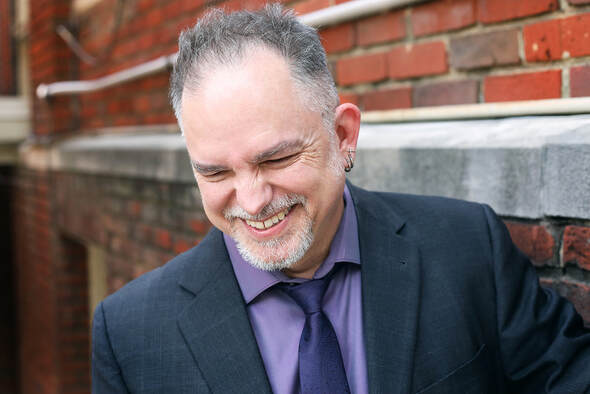 •  PERSONAL ARTISTIC PHILOSOPHY •
​Things I value:
COLLABORATION & INCLUSION:  It’s at the core of truly great enterprises; we are all better at what we do if we value, trust, and depend on each other in a supportive and respectful environment that encourages participation.

DIVERSITY:  Actors and leadership and staff of all colors, genders, shapes, and sizes allow for the greatest number of audiences and community members to see themselves in the stories on stage and in the operation off the stage.

PASSION:  “Good enough” is not good enough, let’s be great.  And the starting point for being great usually involves powerful points of view and robust opinions that make the most out of what’s in our heads and what’s in our hearts.  I care about our people caring and want to harness that energy to help us find great solutions.

KINDNESS:  The older I get, the more I value simply being nice.  Nice folks finish in the best places.

BEST IDEA WINS:  “We’ve always done it this way here” and “I did it this way at my last job” might be starting points for a discussion, but I believe the guy in the mailroom might have an amazing idea for making staff meetings more efficient and a woman in development might discover the best way to word the sales blurb for Titus Andronicus.

BACK TO THE FUTURE:  I often think that our best paths forward in the present and the future come with a solid understanding about where we’ve been.  Doing the research, having the conversations, and grappling with how others have solved similar issues in the past will often shed light on how we should move forward today and into tomorrow.

FORWARD MOBILITY:  There is no “staying the same”:  we’re either striving to get better or allowing ourselves to get worse.  Sometimes moving forward we may stumble, but we can’t go anywhere just standing still.​
Here’s my version of one of the great speeches from the movie Bull Durham:
I believe in the text, living thought, earning the pause, usually thinking on the lines rather than between them, and not slapping your thighs because you can’t control your hands.  I believe great art can and should be great business.
I believe working hard and having fun can and should be done simultaneously.  I believe language-based plays are the best plays and that the glover’s son from Stratford actually wrote his own plays.  I believe in concurrently trusting the text and cutting it judicially to make the promise of “two-hours traffic of our stage” a regular reality.  I believe musicals can touch our hearts and stir our passions in uniquely powerful ways.  I believe creating new plays is not something we do just to bring in grant money; I believe we need to create new plays to tell new stories that will become tomorrow’s classics.  I believe classical plays have stood the test of time for many reasons; I believe in finding those reasons to illuminate the truths that teach us something about humanity rather than thinking we need to reinvent the classics in ways that show off our own perceived cleverness.  I believe in creating characters that audiences can care about so that the stories we tell on stage matter and are meaningful, from the wackiest of comedies to the deepest of tragedies.  I believe live theatre can create community night after night in ways that are more palpable, immediate, and mightier than movies and streaming will ever be.  I believe the future of theatre requires us to make room in our thoughtful, well-balanced programming for families and audiences of all ages.  I believe that we do our best work when we find a way to care about it, even the most mundane data entry.  I believe that it’s ok to get excited about things that other people may not like or may find dorky.  I believe we are better and stronger when we make a safe space for a variety of opinions, points of view, and deeply held convictions.  I believe in being kind to one another.  I believe in being honest, truthful, and straight-up.  I believe in the power of theatre, the joy of creating community between the actors and the audience, and how great art can make you think, feel, and giggle in sequence and all at the same time.  I believe in serious fun.
​ARTISTIC PHILOSOPHY WHEN DIRECTING
​
I strive to be the kind of director and leader I’d love working with if I were still an actor:  completely prepared but open to discovery and the input of others.  I’m not fond of the poles:  having everything mapped out or or having nothing mapped out before rehearsals begin.  I better have ideas on how to stage every scene if nothing comes organically in the rehearsal room AND I need to be able to let go of all of those ideas if what we do together takes us someplace else that’s great.  Many directors like to throw around the term “text-based” because they recognize it as an ideology they should be pursuing, but few directors truly walk that walk; I’m one of those few.

If I had to write my autobiography today, I’d call it Looking for Baby Bear because I’ve spent a great deal of time in my career so far sampling the porridge that is too hot and too cold in my search for “just right.”  When time permits, I like to explore the extreme possibilities in a scene, a production meeting, a budget conference, a staff meeting to see if there’s something to be gleaned from considering a bed that’s too hard and one that’s too soft on our way to deciding what’s just right for us.

Illustrating the Larger Philosophy.
I believe the text is the foundation of the story, whether it’s Shakespeare, a musical, a contemporary, or a new play, and preparing the text is a director’s profound responsibility.  No amount of good acting or design can save a bad script.  I’m fascinated and sometimes baffled by the work of editors and scholars, groups I also admire greatly.  As good as the Arden third series and new Mermaids editions are for Shakespeare and many classic plays, I tend to want to create my own performance scripts so that I get to make the billion different choices between variants in the often-multiple surviving texts rather than leaving those choices to the editors.  Hamlet, for example, is a great play that deserves all the hype it’s gotten over the last four hundred years because it really is THAT good.  As great as it is, however, it’s also a difficult script to prepare for performance because we have a lot of material, several versions, and hundreds of word/phrase/speech variants to sift through in order to pick which words we’re going to perform – and in which order!  Hamlet comes to us in three forms – the First Quarto, the Second Quarto, and the First Folio – that vary from one another in small and large ways.  The First Quarto is most likely the earliest printed version of Shakespeare’s play and it puts the “to be or not to be” speech and nunnery scene before the “fishmonger” scene and the arrival of the players.  Q2 and F put “to be or not to be”/nunnery later.  The different scene sequences create noticeably different arcs in performances.  I’ve directed the play four times so far and each time I worked up both sequences and used a coin flip (in a nod to Rosencrantz and Guildenstern Are Dead) during the curtain speech to decide which sequence we would perform that night.

But early modern plays are not the only ones that have multiple versions available to us today.  The first time I directed The Importance of Being Earnest, I did not know that it has just as many versions and textual variants to consider as Hamlet, Othello, and King Lear.  Wilde added great jokes to his earlier versions; I kept a bunch of those. Wilde later trimmed some details; I retained a bunch of those cuts.  Sometimes he expanded on his earlier work; sometimes he reduced and distilled.  Sometimes he cut some wonderful bits and I added some of them back. Sometimes the editors and stage managers gave us some new gold, and other times what they did wasn’t my favorite stuff.  I sifted through the different versions in an attempt to provide my favorite mixed tape version of the script.

Yes, I’m a text geek.  But the examples from these two plays are emblematic of my approach to directing and managing and leadership:  see what’s out there, listen to all of the ideas, consider lots of choices, then make the call that seems best.
j i m w a r r e n . d i r e c t o r @ g m a i l. c o m