Jim Warren
Recently published in American Theatre magazine:
"You Say You Want a Revolution?"
https://www.americantheatre.org
For the complete Director's Cut, click the REVOLUTION tab above. 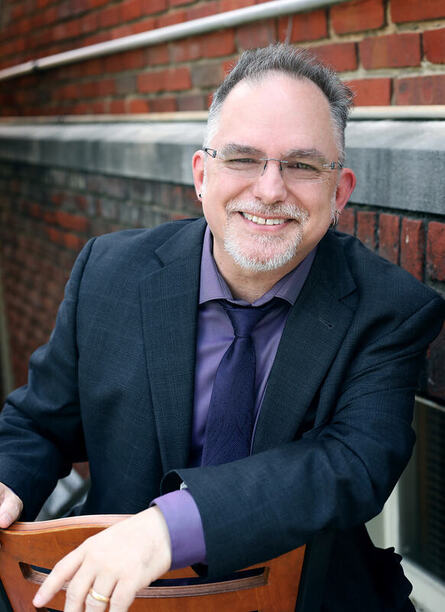 Director​  •  Consultant  •  Educator​ •  ASC Founding Artistic Director​
Jim Warren is the Founding Artistic Director of the American Shakespeare Center.  He directed the ASC’s first show, Richard III (in which he played Buckingham), and a total of 128 productions, including 32 of Shakespeare's 38 plays; he produced and cast over 280 shows during his tenure.  Jim co-founded the ASC in 1988 as the traveling troupe Shenandoah Shakespeare Express.  He grew the ASC annual touring scope from fourteen performances of Richard III in Virginia to over two hundred performances of three full-length Shakespeare plays and one modern classic in six countries during 1995; by the end of the millennium, the ASC had also performed in 47 states and one U.S. territory.  In 2001, the ASC opened the Blackfriars Playhouse, the world’s only re-creation of Shakespeare’s indoor theatre.  In 2008, Governor Tim Kaine awarded Jim Warren and Ralph Alan Cohen the Virginia Governor’s Award for the Arts.

Before retiring from the ASC in 2017, Jim created Shakespeare’s New Contemporaries, a groundbreaking undertaking to develop a new canon of 38 plays that are inspired by and in conversation with Shakespeare’s work; it’s an opportunity for playwrights of every gender, race, and creed to partner with Shakespeare and become the next generation of the world’s greatest playwrights.

After a 29-year run of guiding the ASC from startup to international acclaim, Jim is pursuing new opportunities as a director, educator, and consultant, currently freelancing and working on the American Globe Center​ project in Stratford, CT while writing a book about the first three decades of the bellwether company he started.  He is a member of the Theatre Communications Group and Shakespeare Theatre Association who now enjoys traveling the country making art, sharing his experience and expertise, and empowering a new generation of actors to explore the text and ​make the most of every moment.
​https://americanglobecenter.org
- James Shapiro, Columbia University
j i m w a r r e n . d i r e c t o r @ g m a i l. c o m